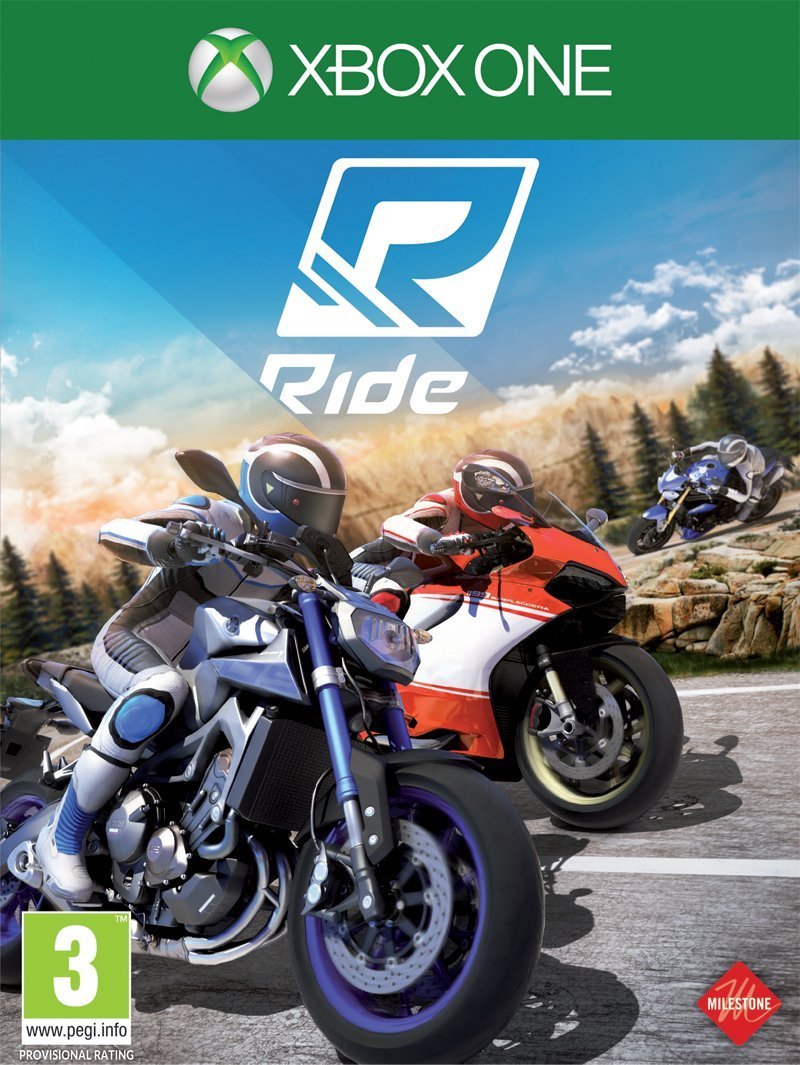 Two wheels are better than four

As a racing game fan, I've got a bit of a soft spot for Italian developer, Milestone, who have carved out a name for themselves as makers of enjoyable, if unspectacular, games like Superstars V8, Squada Corse Alfa Romeo and the recent WRC series. Ride continues this tradition.

The design brief for Ride was simple: give bikers the kind of game that car fans have enjoyed for over a decade. So what you get is a substantial career mode, over 100 bikes to ride from some of the world's top manufacturers and a sizeable number of tracks to race them on, spread across 15 locations including real circuits like Mangy Cours, Donington and Imola. Content is not something that this game is short of, but as anyone who has played Tourist Trophy will tell you, bullet points on a press-release aren't enough.

The game begins with a brief tutorial which teaches you the basics of handling, correct usage of front and back brakes and the differences between standard, semi-pro and pro physics. You can continue lapping in the tutorial as you wish, but then it's off to buy your first bike and get racing. Turns out the making the right choice from the initial three is actually important as the one I chose, a Ducati Monster, wasn't fast enough on the straights to win anything without upgrades. I spent a good portion of my first two hours hitting walls, falling off and finishing nowhere near first place.

It wasn't long before everything clicked and I started to win races, as long as you don't rush towards the superbikes the learning curve is steady and subtle. There's a good variety of event types from single races to endurance. My favourite type was the Track Days, where the objective is to pass as many casual riders as possible within a time limit which can be extended by stringing together overtakes in quick succession. Drag races are by far the worst though, as there's no skill involved, simply hold the accelerator and change up a gear when the on-screen prompt tells you. For some reason the designers decided to lock the steering on this mode so you can't move left or right even if you wanted to! On the whole, the handling is good, regardless of the physics option you choose.

As well as other bikes, you can spend your race winnings on new equipment for your current one which will improve its performance. Unfortunately though, this side of the game is disappointingly slight. You'll simply buy the most expensive engine, exhaust or air filter and move on. Customisation equates to nothing more than the ability to tweak gear ratios and tighten the suspension. Those wanting to delve into the engine with a virtual spanner will find nothing of interest here.

It's very telling that this has been released alongside Xbox 360 and PS3 versions as it's a very crude game to look at, bearing all the hallmarks of a game developed at the same time as last gen. Not only that, but the frame rate can be very glitchy and unstable. That's not to say the detail isn't here, the bikes themselves look great and bikers will no doubt appreciate the option to preen over their rides in the showroom. The front end presentation has been lifted wholesale from Forza Motorsport as well, but it works.

It would be remiss of me not to mention the loading times at this point, because they are horrendous. You'll spend a frankly unforgivable amount of time staring at loading screens between events. Take the race online, where you can opt for single races or a championship, and you'll not only have to deal with a lot of waiting, but also random disconnects.

Despite its faults, I did enjoy Ride in small doses, although I doubt I'll remember having played it in 12 months time. It's a perfectly functional time-waster until something better comes along.
6 / 10