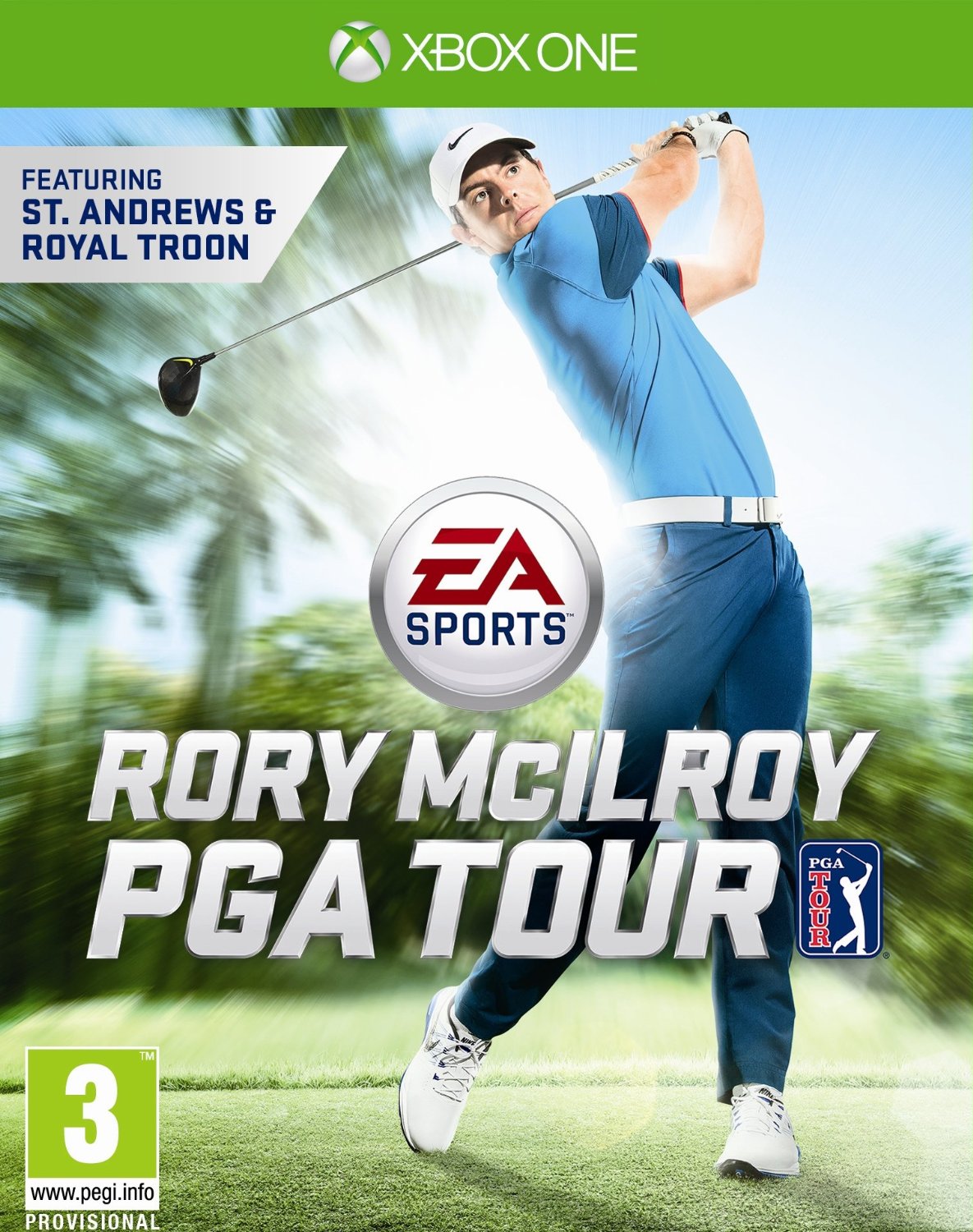 After 15 years being endorsed by Tiger Woods, the PGA Tour Golf series has finally changed its face. When EA Sports signed up the current world number one, not even they could have forseen that he would get injured on the eve of The Open championship playing football, of all things! It means that the game has ended up hitting shelves in a week where its cover star should have been everywhere. Instead, he's watching with the rest of us.

PGA Tour Golf was first released into our lives way back in 1990 and in the 25 years since, the only thing that's really changed is the technology. Go back and play the original game and you'll see that EA got the basics right, giving us accurate recreations of real-life courses to play at home, pretty much first time out. The classic three click control method has always been my preferred way to play, as its more relaxing, which is what a game of virtual golf should be.

First time you load up Rory McIlroy PGA Tour, the game places you into a simple tutorial that allows you to try out each of the three available control methods and choose the one that suits you best. The other two involve rocking the left joystick back and forth to simulate the swing of the club but I've never found this to be as accurate or enjoyable. This is swiftly followed by a Prologue where Rory talks you through highlights from his final round at the US Open which allows you to practice different types of shot.

Once this is over, you're free to play how you choose, and the best thing about this game is just how accessible it is to everyone. You can make the game as easy or as difficult as you want thanks to a number of settings options. Whether, like me, you just want the occasional, relaxing round of golf with aiming aids and perfect weather or if you want to indulge in a full simulation career then you can. This is a game that remembers it's a game too, with a number of fantasy courses included among the 12 available, including one in the Paracel Islands from Battlefield 4!

The presentation is of the standard you'd expect from an EA Sports title, making great use of the Frostbite engine to produce gorgeous, real scenery, although textures did pop into view occasionally. I could have done without the long, rambling commentary that accompanies each match. This got repetitive quite quickly, not sure if the script writers had a bet to see how many times they could get variations of the word “undulate”, but I heard it more times in a single round than I have in the last year (probably)! Fortunately, it can be turned off.

It's fair to say that in terms of overall features, this is sorely lacking when compared to previous PGA Tour games from EA. I expect more courses and played will be made available as DLC. However, this doesn't bother me in the slightest as there's more than enough here to keep me happy. The emphasis has clearly been put on fun and nowhere is the better demonstrated than the EA Nightclub section. This is a collection of challenges that test you accuracy and distance skills on neon-lit courses. Going for three stars on each also serves as a nice way to improve your game.

From Leaderboard to Wii Sports, I've always been partial to a game of computerised golf and Rory McIlroy PGA Tour is one that I'll be returning to as it's easy to pick up and play with a good selection of options. It never grabbed me in the same way as Everybody's Golf on the PlayStation did, and that remains the best golf game of all-time, for me at least. I also doubt I would ever play it online.
7 / 10

Played half of the 10 hour trial provided by EA Access.