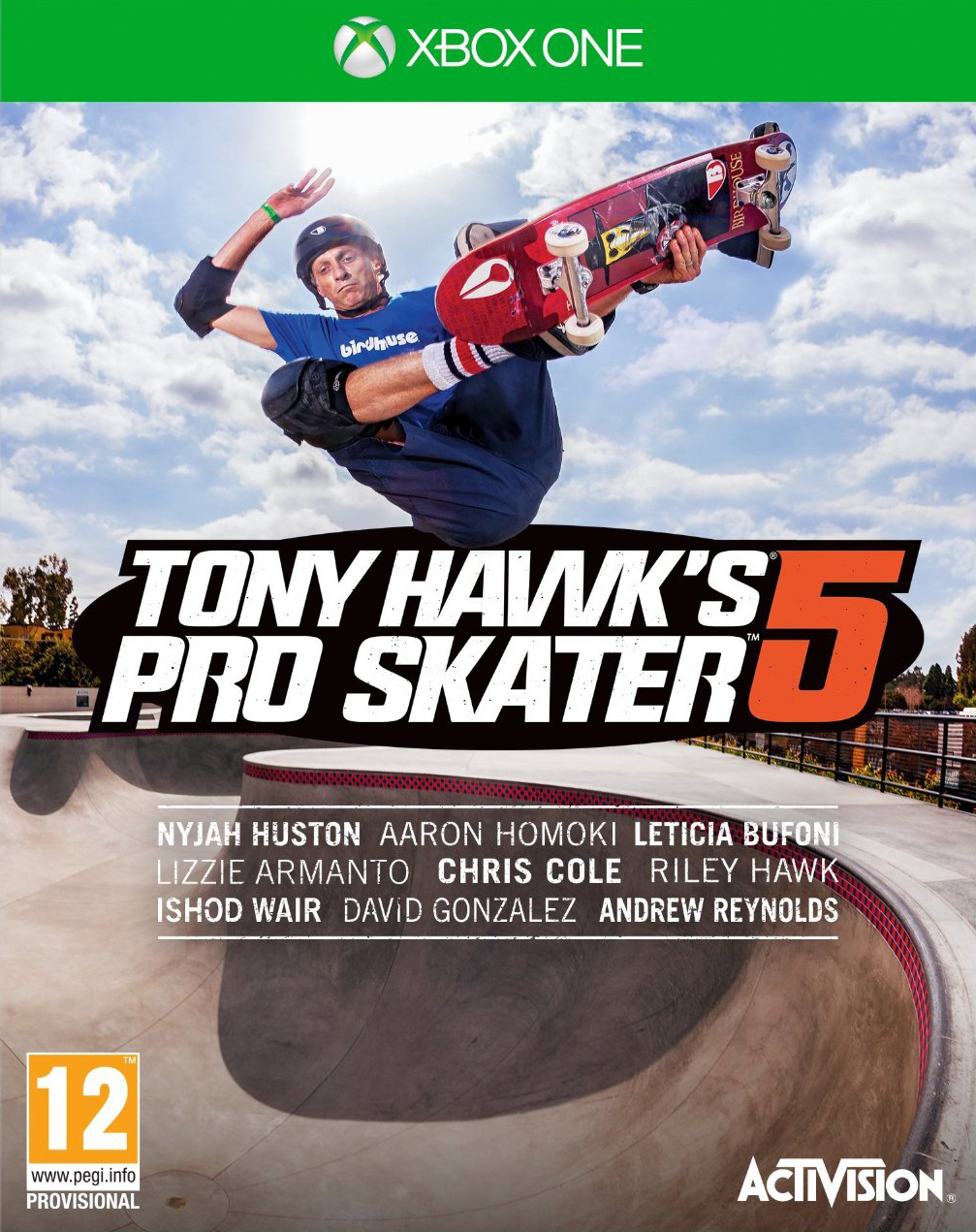 What makes a truly great sports game? I'd say, it's the ability to make non-fans play it. People who don't like football probably wouldn't like PES or FIFA, but they'd love Sensible Soccer, for instance. This was definitely the case for Tony Hawk's Skateboarding (to give it its UK title) when it arrived on the PlayStation in back in 1999. For someone, like me, who had no interest at all in any kind of extreme sport, to be able to sit and play it for hours on end meant that Neversoft had hit upon something special. It was a formula that they improved upon in sequels before losing their way with the misguided Underground series. It was thought that the series was dead a buried, until Activision revealed Pro Skater 5 earlier this year.

This is actually the tenth game in the series, not counting spin-offs, and to say its had a troubled journey to release would be a major understatement. Botched E3 reveals, sudden changes to the visual style, day one patches bigger than the game itself and a massive internet backlash have all succeeded in lowering expectations. The game can't be that bad, surely? For the opening 20 minutes at least, you'll think your worst fears have come true.

The opening level is, quite frankly, terrible. The Barrics is clearly intended as a smaller introductory level but it never comes close to matching Warehouse from the original game. You're forced to play and replay a number of challenges in order to win enough stars to unlock the second level. Having to earn 15 is too high a number for the start of the game, 5 or even 10 would have been much more acceptable. Depriving players of content this early has nothing but a negative effect on the overall product, especially as later levels are a massive improvement, especially the nostalgia trip of School III.

There are a number of things about the game that appear broken or unfinished. Leaving aside the glitches that see your skater bisect walls or even the floor, which you'll only see if you're playing badly, there's little things throughout that would have been fixed with more development time. Having to exit game in order to spend your skill points and upgrade your character is annoying and an example of bad design. As is the constant appearance of the loading screen every time you start or end a challenge.

Small glitches I can live with but I also experience two that were game-breaking. Once I had to exit back to the menu as I couldn't start any of the missions and I've also had my progress reset because I switched profiles while the game was still loaded! Those moments proved to be the exception, not the norm as I didn't really encounter that many glitches overall, certainly nothing that caused me to get upset. The decision to make the game permanently online is what caused the majority of the problems. I tried to fix it by starting a private match only to find other players joining randomly regardless.

All the problems are a shame, because when it works properly, Pro Skater 5 can be just as much fun to play as the older titles. The controls are just as good as you remember with minor tweaks to how you pull off grinds and most of the missions put the emphasis on teaching you new skills in a fun way. Robomodo were the developers of Tony Hawk's Pro Skater HD a couple of years ago and this plays just as well most of the time. That game, however, cost £10, leading me onto this game's biggeest problem.

Even in a finished state, this wouldn't feel like a full price game, so expecting us to pay £40 for it is scandalous. Wait a few months and pick it up for less than £20, maybe by that time Activision will have delivered their promised patches! Beneath, the broken and buggy surface I found an enjoyable, retro-fused game trying to get out. I like the semi-cel-shaded visual style and I like the level based structure, but for the asking price I would have expected maybe an open world to explore and less bland soundtrack.

Not a disaster then, as you may have heard. Just disappointing.
5 / 10