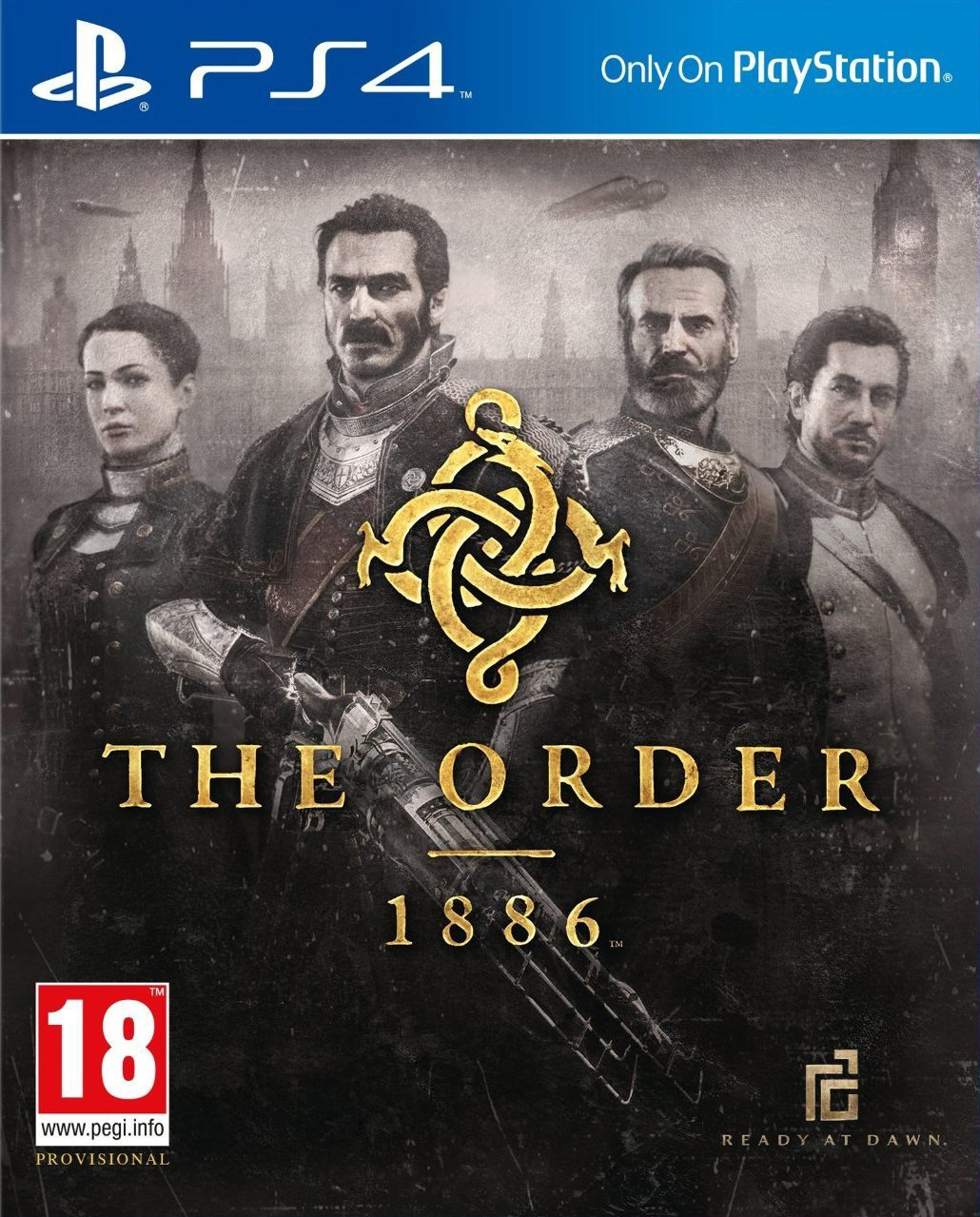 A year too late for the launch party

While they acknowledge the existence of other consoles, the suits at Sony and Microsoft don't want you playing on them. As a consequence, every time there's a big, blockbuster exclusive released on a rival system, you can bet they will scramble to make sure there's an alternative on their console. Don't buy a PlayStation for Gran Turismo, here's Forza Motorsport. Don't play Halo on Xbox, have Killzone instead. Crackdown you say? Nah, we've got InFamous for you. In keeping with this pattern, The Order: 1886 is pretty much the PlayStation version of Gears Of War.

Everything about it, from the way levels are littered with small walls and object to hide behind, to to exposition being handled by characters talking together as they walk between areas, even the weapon selection HUD, is unmistakably Epic's shooter series. No bad thing of course, because if you're going to be inspired by something, make sure it's the best.

Developer Ready At Dawn, have been the trusted custodian of other people's work for many years, Producing excellent versions of God Of War on the PSP as well as Daxter. The Order marks the first time they've created their own title from scratch. In visual terms they've more than delivered, this is one of the best looking games I've ever seen. Imagine the visual fidelity of a Capcom or Square cut-scene made into a playable reality. Cinematics seemlessly blend into gameplay throughout. This will be the game you'll dig out to show friends when they come to play on your PS4.

This is a game that likes to show off it's visuals as much as it can. When you find collectibles you are gifted the opportunity to turn them around in your hand just so you can witness the level of detail. There's even a photo mode that lets you pause the action at any time and freely move the camera around the play area. It's all presented in a full letterbox ratio to add to the cinematic feel of the whole thing. Unfortunately, on many occasions this is at the expense of the gameplay.

Far too much time is spent wandering corridors, performing lock-picking mini-games and looking at stuff between the action sequences. Many times the actual shooting was far shorter than the extended cut-scene that followed, which is a shame as the combat is solid and enjoyable when it comes. The arsenal of weapons at your disposal helps here too. In addition to the standard pistols, shotguns and machine-guns you get to play with things like the excellent Thermite cannon. This engulfs the enemies in a flammable gas which you then ignite with a flare.

It's a immensely frustrating game to play. There's a great sense of time and place in the alternate history design and the characters are actually interesting. It all makes a nice change from space marines and nondescript modern warfare. The story too, is just about good enough to keep you playing, even if the so-called twists can be seen coming a mile off.

I started this review by saying that The Order: 1886 was the PS4 equivalent of Gears Of War, but perhaps a more accurate comparison would be Ryse. That was an Xbox One launch title that served as a showcase for the type of visuals we could expect in this new console generation but was found lacking in the gameplay department. However, also like Ryse, there's just enough about this game to make it worth playing, especially if you can find it at a reduced price.
6 / 10

Played for approx 6 hours in total, reaching chapter 12 in the campaign